Home / Crafts  / Masters of Middle Age and beyond

Masters of Middle Age and beyond

In the Nineteenth century there were nine-hundred water mills throughout Umbria. This incredible quantity of mills is explained with our region’s abundance of important waterways, above all the Tiber river, allowing their flourishing since ancient times. The number of mills peeked in the Middle Ages with great impact on the rural scenery and on the regions’ economy, bestowing the nickname of Masters of Medieval times. At the end of the XIX and XX centuries, with the industrial revolution, the water mills were upgraded with electrical energy allowing an increase in production: the first industrial pasta plants were born, right next to the old mills.

PETRINI-SPIGADORO PASTA MILL
In the neighborhood of Le Basse in Bastia Umbra, next to the flour mill, an industrial plant for the production of pasta was raised in the twenties: Petrini. Their products were sold with the Spigadoro brand since the beginning. The production plant, modern and efficient, capable of producing 15-20 metric quintals of pasta a day, established itself both on the regional and extra-regional markets. The allied bombing of 1944 completely destroyed the mill and large part of the pasta plant, but production was only momentarily halted thanks to the quick investments of the owners. In the fifties new machinery built by Brabanti in Milan allowed the production to reach 18 metric tons of pasta a day. A new section was added for the production of livestock feed, which will eventually become the driving sector. In 1990 the business was listed among the top 500 in the world, until, in the late nineties, the pasta plant came to a halt and production was transferred to the pasta plant in Foligno, leaving Bastia Umbra with just the livestock feed plant. In 2014, Giuseppe Podella, owner of a flour mill in Jesi, bought and revamped the Spigadoro brand: today the pasta is sold in fifty countries and in five continents. 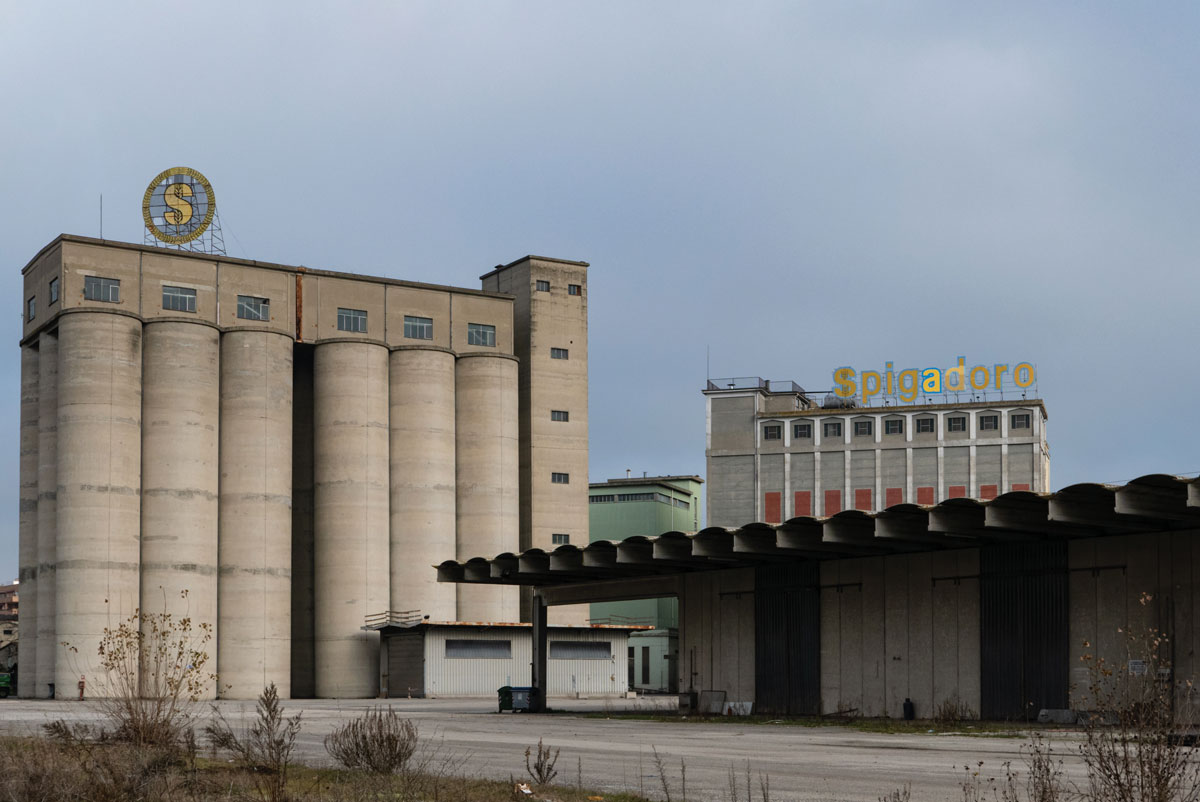 PONTE PASTA MILL
The Ponte flour mill and pasta plant bares the curse of many Tiber river floodings and fires. With its reconstruction after a fire on November 12th, 1899, the new flour mill and advanced pasta plant was inaugurated in the Perugia suburb of Ponte San Giovanni – on a project of the Coen&Cavicchi firm which had bought out the previous owner, Serafino Bonaca, back in 1886. In 1907 it undergoes a new change in management, becoming the Anonymous Society of Ponte Flour Mill and Pasta Makers: the plant is enlarged, bringing production up to 25 metric quintals of pasta a day – peeking 7 tons a day in the twenties. The mill will withstand another destructive fire in March of 1940 and the Allied bombings. On its one-hundredth anniversary in 1947 the packaging is redesigned, and the product rebranded with the name Ponte. In 1985, after the Mignini family sells to Danone the majority of the shares, Ponte was the fifth largest pasta business in the world. On June 12th, 1990 another aggressive fire destroys all and the plant was razed to the ground on March 22nd, 1991.

CAPPELLETTI PASTA MILL
In 1930, Colombo Cappelletti bought a tiny flour mill across from the Ponterio train station in Todi, and decides to turn into an industrial pasta plant, commissioning the project and construction to the Perugia-born architect Dino Lilli. Through ups and downs, the plant continued production until 1944, when a terribly intense bombing in the night between June 14th and June 15th razes it to the ground. The mill was rebuilt and reopened in 1949 under the name of Molini & Pastificio Cappelletti with great success. But with the death of Camillo Cappelletti the mill slowly dies down. In 1955, the businessmen Guglielmo Battaglia and Antonio Ribaldi try to revamp the company but without avail and the plant is closed in 1960. 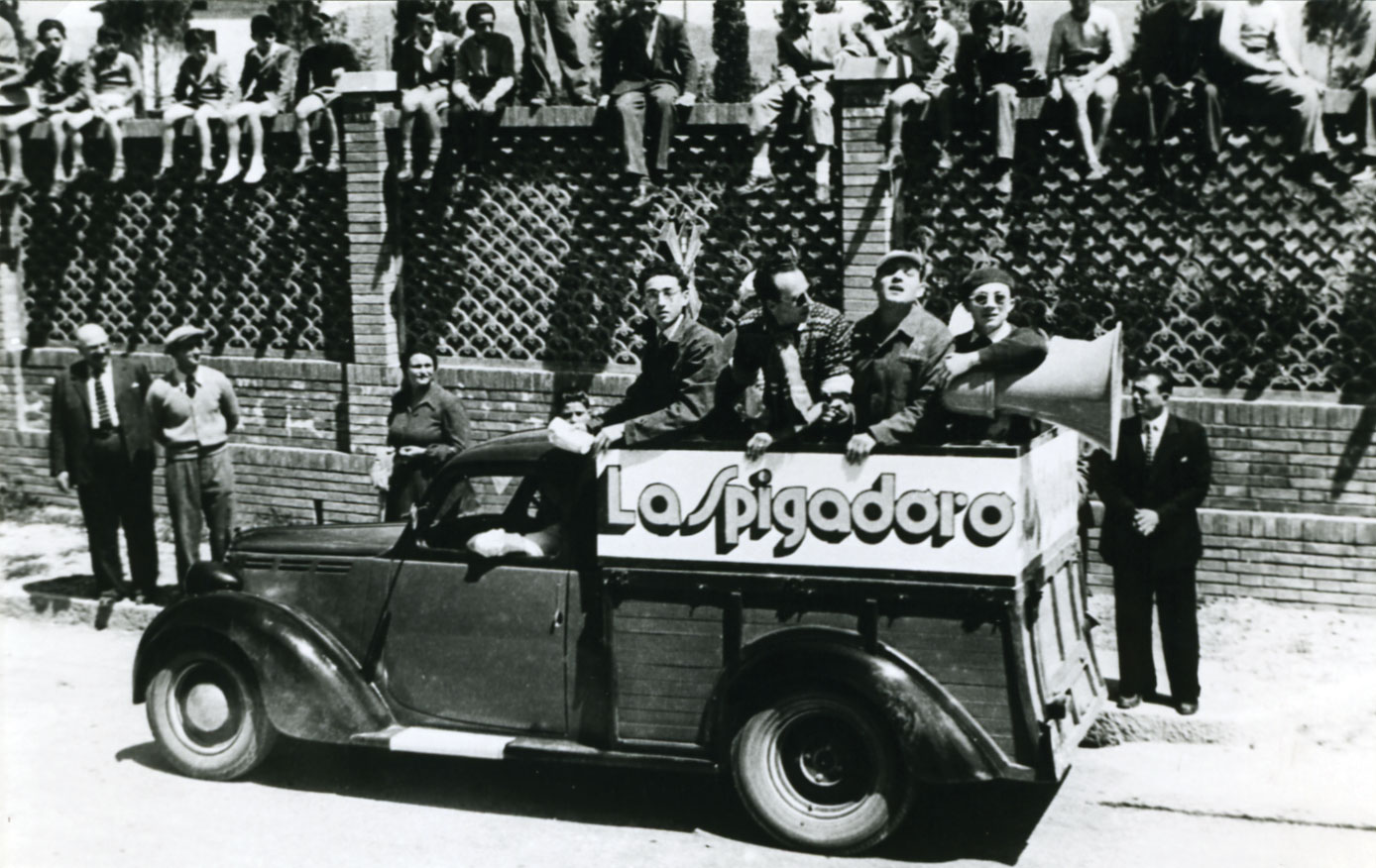 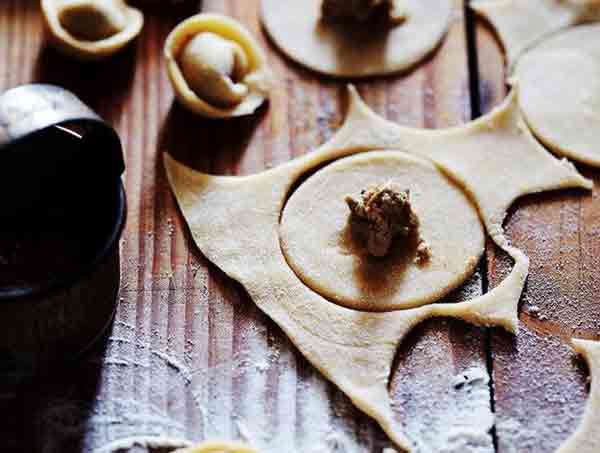